Darren Stojanovic completed his Physiotherapy degree at the University of Sydney in 1992. After working for 3 years in Tasmania, his love of track and field took him to Kenya for a 6-month stay and during this time he had the opportunity to join the Kenyan athletic team as touring physio during 1996 & 1997.

After developing an interest in clinical Pilates at a training clinic prior to his Kenyan adventures, Darren returned to Australia in 1997, this time in Melbourne, to commence work at Dance Medicine Australia. Here he trained in the clinical Pilates method under the experienced guidance of Craig Phillips.

In 2001 Darren then opened up his own practice in Richmond with Nicholas Allan, to be known as Dynamic Stability Physio and Pilates Clinic. He completed Polestar’s Rehabilitation Certification in 2003 and trained to be an educator with Polestar in 2004.

During this time over a 10-year period, Darren continued to train and race over 800m at national level but finally made the decision to retire from competition in February 2004 to concentrate on becoming a Polestar educator. 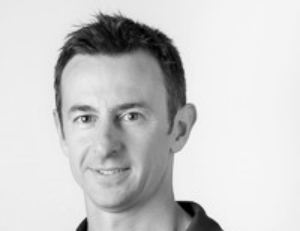