Loc graduated from La Trobe University with a Bachelor of Physiotherapy in 2003, then went on to complete his Post Graduate Certificate of Paediatric Physiotherapy. He joined the Polestar Pilates family in 2004 obtaining his Pilates Rehabilitation Certification under the guidance of Nicholas, Darren, Dav, Alastair and Brent. Loc recently completed his Diploma of Professional Pilates Instruction. Today he is a partner and Director of Dynamic Stability Physiotherapy & Pilates Studio in Melbourne.

Loc’s fervor for travel & culture saw him embarked on a journey abroad to the UK and Europe from 2005 to 2008. During this time he had the opportunities to work as a Rehab Physiotherapist for a spinal clinic in Harley Street, London, and as an affiliated physiotherapist for the Fulham & Hammersmith Rugby Club, and the Middlesex Ladies County Rugby Squad. As a Martial Arts enthusiast and a keen long distance runner, Loc understands the importance of a strong core to provide a firm foundation for the execution of effective and efficient movements. He appreciates the practicality of Pilates and has been an ongoing ambassador the method.

In 2010 Loc became part of Polestar Pilates Australia Educating Team. An honourary role that allows him to nurture and develop future instructors, as well as to learn, grow, and thrive from the continual exposure to the industry and challenges from the upcoming students. Loc’s ambition is to bring Pilates into the Paediatic community so that young children could benefit from its concepts and principles at an early age. 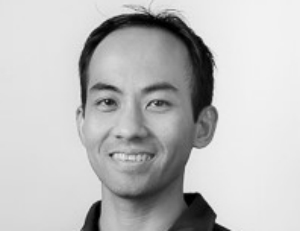