Nicholas graduated in Physiotherapy in 1993. He completed his Masters of Health Science (Manipulative Physiotherapy) in 2003 and has been a titled APA Musculoskeletal Physiotherapist since 1998. He has worked extensively with clients with back, neck, pelvis, hip, shoulder, and all manner of musculoskeletal disorders in private practice since 1994

Nicholas initially was exposed to Pilates via Craig Phillips in 1995 whom he worked for between 1998 and 2001. He then set up Dynamic Stability Physiotherapy and Pilates in Richmond in 2001 with Darren Stojanovic which became the host site for Polestar in Melbourne. At the end of 2009 Nic moved on to work for a few seasons in the ski industry here in Australia and Canada. Upon returning to Melbourne he and his wife set up Winter Sports Physiotherapy at The Medibank Icehouse (now O’Brien Group Arena).

Pilates has been a passion of Nicholas’s since 1995 and he has worked as an educator for Polestar Pilates International, both in Australia, as well as in New Zealand, Europe, Asia and America since 2004. This work has included running training courses, workshops, and presenting at Pilates conferences both here in Australia and around the world.

He is passionate about winter sport and holds Level 3 Certifications in Alpine and Level 2 in Telemark Ski Instruction with APSI (Australian Professional Snowsport Instructors and works part time at Mt Hotham teaching skiing. Nicholas enjoys spending his spare time with his beautiful wife Cathy and their daughters Sierra, Neve and Kaia, and if he can sneaking in some surfing, climbing or skiing. 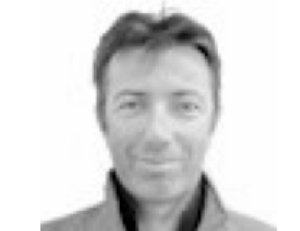